All three partners have been working together successfully in capital market business for more than 30 years and have personal stakes in the company and the funds issued.

We and our team of highly qualified specialists are committed to delivering entrepreneurial success and serving the best interests of our investors.

Our funds address investors who, like us, are driven by an entrepreneurial mindset, share our enthusiasm for European equity markets and value a balanced and responsible approach to capital market risk and natural resource management. It is our firm belief that our sustainable investment approach will help our portfolio companies to increase their value and reduce risks in the long run. 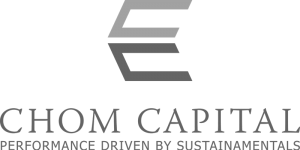 CHOM CAPITAL strives to act with the highest degree of integrity and responsibility towards clients, portfolio companies, employees and, last but not least, the environment. Sustainability is an integral part of our decision making.

Hence, acting responsibly and consciously in accordance with clear guidelines is both guiding principle and aspiration for CHOM CAPITAL.

We are convinced that in the long term our sustainable investment approach leads to an increase in value and a reduction risk for our portfolio holdings.

The analysis and evaluation of sustainability is not only an integral part in taking an investment decision, but also a component of the continuous monitoring of our portfolio companies.

As founders and fund managers of investment boutique Oppenheim ACA GmbH, they have been steadily perfecting their expertise since 2001, later building on their outstanding track record at CHOM CAPITAL.

The founders met early in their careers in Equity Research at Deutsche Bank AG, where they gained valuable experience in company valuation and portfolio management, later heading teams and passing on their specialist skills.

Katrin Douverne is the specialist for performance management, risk management and quantitative analysis. She has been a mainstay of the team since 2004.

As Head of ESG, Benedikt Kirsch significantly strengthened the portfolio management team since 2018, contributing his diverse analytical knowledge from his studies at Università Bocconi and the Frankfurt School of Finance & Management.

"We have a specialist in charge of each core competence at CHOM CAPITAL. That ensures that the company is run as efficiently as possible and we stay focused on our targets."

Our ability to deliver sustained added value is the yardstick our investors use to measure CHOM CAPITAL’s performance.

Our track record speaks for itself. By pursuing an active investment strategy underpinned by fundamental analysis and a focus on European equity markets, we achieve attractive returns that outperform our benchmarks in the medium to long term.

As independent partners with a personal stake in the funds under management, our guiding principle is to act in the interests of our investors. CHOM CAPITAL’s policy is to provide transparent and personal investment advice. Our monthly reports give you objective updates on portfolio makeup and performance.

Sustainability in the INvestment process

CHOM CAPITAL consistently includes good corporate governance, social aspects and environmental contribution in the investment process. The use of ESG criteria together with the conventional financial analysis forms an integral part at every level of our multi-stage process.

"Independence, quality and a steady focus on investor interests were the principles we had in mind when we set up the CHOM CAPITAL investment boutique."

CHOM CAPITAL reviews each potential portfolio candidate in the course of an intensive, multi-stage fundamental analysis process that compares past and present business performance with future upside potential resulting from strict adherence to ESG principles. This procedure creates sustainable added value opportunities for our investors.

Round about 600 personal meetings every year

CHOM CAPITAL is a member of the German Association of Independent Asset Managers (VuV).

Christoph Benner is founder and CEO of CHOM CAPITAL GmbH. As head of CHOM‘s management, he is in charge of the company‘s overall strategy, serves as portfolio manager and has operating responsibility for the risk controlling of our funds, IT and sales.

As portfolio manager, Christoph Benner is a long-standing expert for a wide number of countries in Europe and has excellent cross-sectoral expertise in fundamental analysis and corporate valuation.

His deeply rooted network of longstanding contacts to corporate board members, institutional investors and brokers is of elementary importance both for our fundamentally driven stock picking as well as for the management of our investments.

Before joining CHOM CAPITAL, he gained ten years of experience in the field as a managing partner of Oppenheim ACA GmbH, founded in September 2000.

Christoph Benner started his career in 1988 with a banking apprenticeship at Deutsche Bank’s Bonn branch, later qualifying to become a member of the bank’s supra-regional talent pool. As part of a work and study programme, he took a degree course in business economics at the Open University of Hagen, majoring in business finance and graduating as Diplom-Kaufmann.

Christoph Benner spent over twelve years in Asset Management and Equity Research at Deutsche Bank. He headed various units and played a key part in building up Germany’s foremost research team. As Director and Co-Head of the Mid Cap Group, his role in numerous IPOs helped establish the bank’s leading position on the market. In September 2000, Wirtschaftswoche magazine ranked Christoph Benner among the TOP 100 of the New Economy in Germany. Both in 1999 and 2000, Deutsche Bank‘s Mid Cap Group was rated No. 1 in all the major international rankings (Reuters, Extel, Institutional Investor, Greenwich).

Christoph Benner has won numerous awards from rating agencies as a portfolio manager for European equity and is among the most experienced managers for that investment universe. 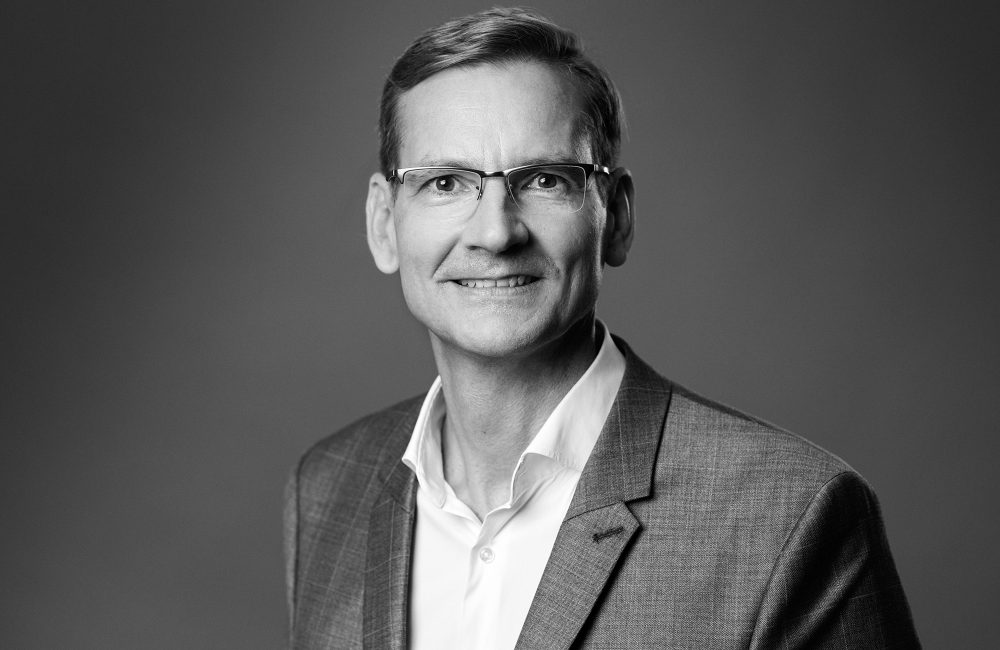 Oliver Schnatz is founder and CIO of CHOM CAPITAL GmbH. Alongside his responsibilities as managing partner, he is in charge of investment strategy and the management of our fund investments. Oliver Schnatz is operational head of research and responsible for portfolio reporting.

As portfolio manager, Oliver Schnatz is a longstanding expert for various European countries (including, France, Scandinavia, Germany and the U.K.). He has excellent cross-sectoral expertise in fundamental analysis and corporate valuation.

His deeply rooted network of contacts to corporate board members, institutional investors and brokers is of elementary importance both for our fundamentally driven stock picking as well as for the management of our investments.

Until summer 2000, Oliver Schnatz worked for over twelve years in Asset Management and Equity Research at Deutsche Bank. Later, as Director in charge of the pan-European telecommunications and steel research sector, he and his team were key in establishing the bank’s research operations as market leader. Subsequently, as Co-Head of the Mid Cap Group, he and his team prominently handled the research side of many successful IPOs. In September 2000, he was ranked among the TOP 100 of the New Economy in Germany. The Deutsche Bank Mid Cap Group was rated No. 1 in all the major international rankings (Reuters, Extel, Institutional Investor, Greenwich) in 1999 and 2000.

After completing his banking apprenticeship and training as a certified banking specialist, he took a degree course in business economics at the Technical University of Aachen, graduating as Diplom-Kaufmann.

Oliver Schnatz has won numerous awards from rating agencies as a portfolio manager for European equity and is among the most experienced managers for that investment universe.

Martina Neske is founder and CFO of CHOM CAPITAL GmbH. Alongside her responsibilities as managing partner, she is in charge of finance, human resources and operations. She is the company’s liaison with tax consultants, auditors and the regulatory authorities. Martina Neske is also responsible for risk controlling of the GmbH.

Based on her many years of capital markets experience, sectoral know-how and corporate valuation skills, Martina Neske serves as a valuable sparring partner for the portfolio management team. 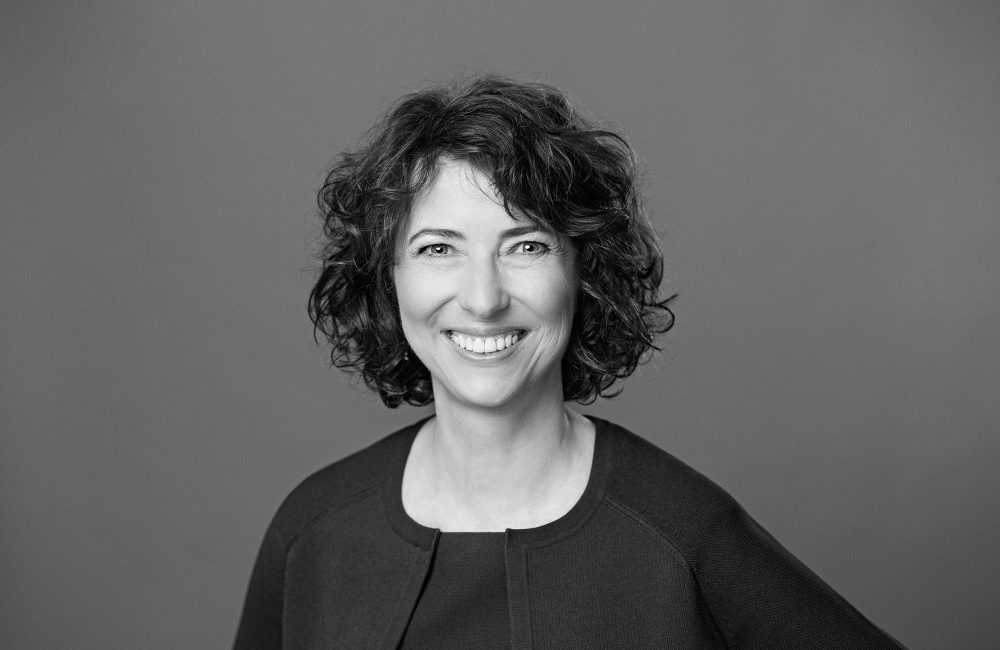 Prior to joining CHOM CAPITAL, Martina Neske worked for ten years in the same position as partner at Oppenheim ACA GmbH, established in September 2000.

Martina Neske began her career in 1985 with a banking apprenticeship at Deutsche Bank’s Münster branch. As a member of the bank’s supra-regional talent pool, she worked in Securities & Trading in Düsseldorf and at the Frankfurt head office and trained to become a certified banking specialist. Following her post-graduate training as a DVFA investment analyst, she worked for the association for many years as a lecturer for investment professionals seeking to obtain their qualifications as DVFA-Certified Financial Analysts. She also coached senior executives on various capital market issues for many years. 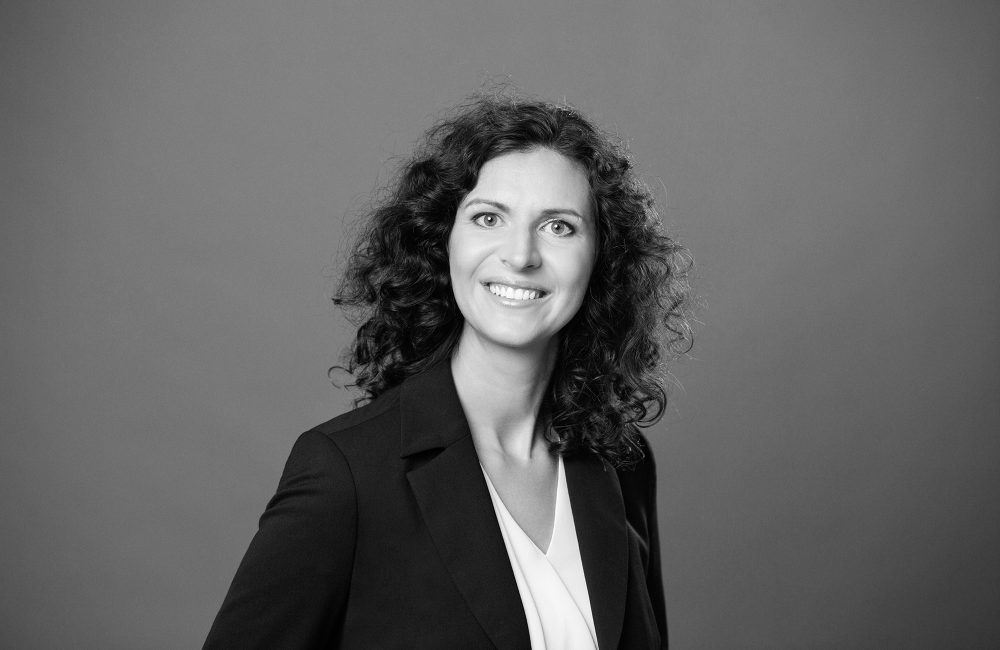 Katrin Douverne was appointed Director in charge of performance & risk controlling and quantitative analysis in May 2011. Previously, she served as a Senior Analyst at Oppenheim ACA GmbH in Frankfurt for over six years.

In that position, Katrin Douverne acquired in-depth knowledge of portfolio management in the sectors of consumer goods, food, drink and tobacco, retail and luxury goods. Another focus of her responsibilities was on quantitative analysis.

Katrin Douverne launched her career in finance with a course in business economics at the Berufsakademie Stuttgart, and subsequent studies at the European College of Business and Management in London, where she gained a Diploma in Management Studies. Alongside her studies, she acquired practical experience as Controlling Assistant at Weru AG and as Accounts Assistant at the German-British Chamber of Industry & Commerce in London.

Paul Althans joined CHOM CAPITAL in July 2016 and has been a portfolio manager on our investment team since August 2018.

As an expert for small and mid-caps, he looks after the fund PURE Sustainability – Small Cap Europe UI. His regional responsibility extends to the Benelux countries and Italy. In his first two years with the company, he performed valuable buy side investment analysis for CHOM and built up a wide-ranging network of company contacts and local research experts in the regions he covers. 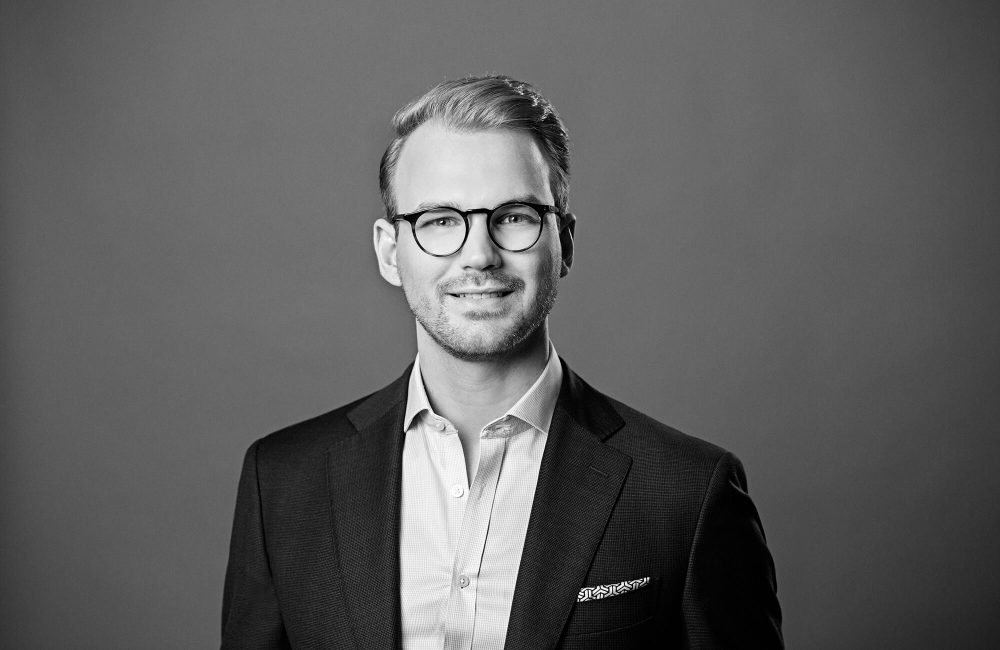 Paul Althans obtained his Bachelor of Science in Economics from the University of Mannheim and Bocconi University in Milan. 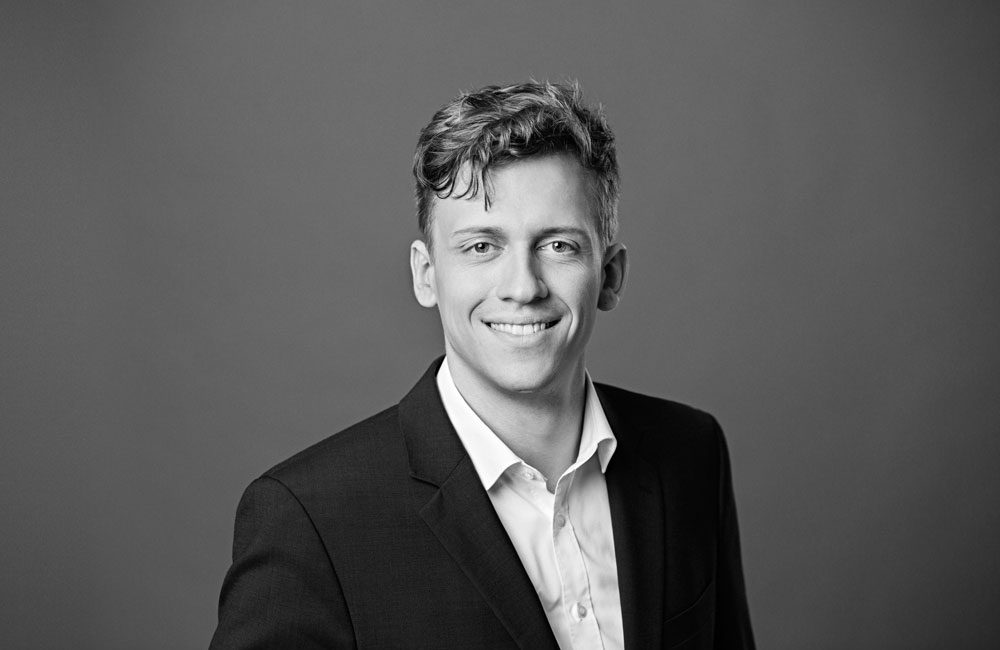 Benedikt Kirsch has been working as an analyst in portfolio management since May 2018 and has also been Head of ESG at CHOM CAPITAL since May 2020. In these roles he supports the investment process significantly through fundamental and quantitative market and sustainability analyses and the sourcing of investment ideas. Both internally and externally, he acts as a contact person for ESG analyses.

At the beginning of his work, he developed a tail risk estimation and investment steering model to support allocation decision making for CHOM CAPITAL as part of his master’s thesis.

Before joining CHOM CAPITAL, Benedikt Kirsch gained practical and academic experience at Deutsche Asset Management (now DWS), Ernst & Young, and the Department of Banking at the University of Tübingen, working in asset management, transaction advisory and tutoring the school’s “Introduction to Economics“ course.

After receiving his Bachelor of Science degree in International Business Administration from the University of Tübingen, with a term abroad in Los Angeles, Benedikt Kirsch obtained a Master of Science degree in Quantitative Finance from Bocconi University in Milan. Currently, Mr. Kirsch is completing a Master in Applied Data Science at the Frankfurt School of Finance & Management.

Manage Cookie Consent
To provide the best experiences, we use technologies like cookies to store and/or access device information. Consenting to these technologies will allow us to process data such as browsing behavior or unique IDs on this site. Not consenting or withdrawing consent, may adversely affect certain features and functions.
Manage options Manage services Manage vendors Read more about these purposes
Preferences
{title} {title} {title}